Tony Whitlock and Craig Revell discuss the new CEO of Supercars, What to expect at Newcastle and the legacy of Jason Bright and Todd Kelly. They also look at who might be suiting up in 2018. Steven Toddkill discusses his career as the engineer of Michael Caruso at both GRM and Nissan. Todd Kelly talks about his career on the eve of his final event and Scott Sinclar discusses the teams plans for 2018. 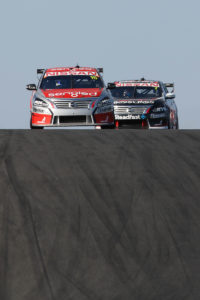